There has been a lot of chatter on the Internet, as  well as through some of the “major news outlets” regarding the “leaked” Wikileaks.  As usual it is the usual corporate, mainstream talking heads that spew off, and call for all sorts of actions against Wikileaks founder and CEO, Julian Assange.  There are actually some who have even called for his assassination.  Mind you, this is nothing more than total trash talk from some idiotic morons putting in their 2 cents worth.  Representative King from New York is one of those morons that think that the documents (that are actually nothing more than an embarrassment to our outlaw government) warrant killing someone.  Imagine, if you will,  that these are, in fact, accurate documents.  There are a lot of people in government that should be sitting in prison for the actions that have been depicted.  But, they will never see the inside of a prison cell, because they are above any and all law.  These elitists make the Mafia look honorable, to say the least.   We have more criminals in Congress and the White House that should be doing time before some poor slob like Julian Assange.

Now, let’s consider how these supposed documents got in Assange’s hands in the first place. Supposedly a PFC by the name of Bradley Manning was able to get his hands on these secret documents.  Now, you can be as dumb as a rock (like most of our media and Representatives, like King),  if you desire, but how in the world do you suppose that Manning got his hands on these documents unless they were handed to him from someone in the very government that is screaming for Assange’s head?  You may be thinking – a false flag event to give our criminal government an excuse to take control of OUR INTERNET?  Don’t be surprised if our gangster C.I.A. has their grimy fingers in this.  It is just like these scumbags’ actions.

Isn’t it about time that you all wake up and realize that this gangster government couldn’t care one measly bit about you and me. All they care about is turning this once great land into a slave state controlled by them and their Soviet thinking comrades. Isn’t it bad enough that you can get yourself groped by some pervert in airport security, and that same action would be an arrestable offense if done by someone else?  We just stand there and take it!  Now, we have Walmart acting as the “snitch capital” of the country, by spewing “Big Sis” Napolitano garbage called,  “If You See Something Say Something.”  Now, just imagine that someone doesn’t really care for you and sees you in one of these snitch stores. They decide to turn you in, and you are up a creek because Walmart thinks they have a right to point a finger at you from a false witness claiming something that you never did or said. I, for one have resigned myself to stay away from Walmart, the Snitch Store, as much as I possibly can. I will give my business to another store that values my freedom, and I will even be willing to pay more for the privilege of giving money to someone other than the “Snitch Store.”

To all those Walmart stores that think that you’re too big for your britches; I hope you all go straight to the cesspool to which you belong.

As far as “Big Sis” Napolitano is concerned:  Stick your “If You See Something Say Something” right in your left ear! Oh, I forgot:  You already have your head in a far more relative place.

Now,, since I brought up our illustrious “Big Sis,” and her DHS you just might want to 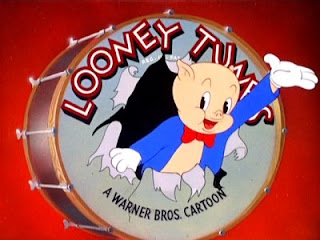 watch this video,http://www.brasschecktv.com/page/995.html.  Just how close we are to being a renewed Nazi Stasi state is pretty clear if you watch this video and pay close attention. This woman, not a lady by any means, is a pretty good look alike to Porky Pig, if you look real good.  The only problem is that Porky Pig was funny, and Big Sisisn’t funny at all!  Nor is she one bit worried about you and your safety. She is concerned with absolute control of the populace. I wonder just how long before we will be raising our hands and yelling “Heil Big Brother?” Sadly, I am afraid that if we don’t awake up out our stupor, it won’t be long. They have done a masterful job at manipulating the sheeple, with the help of the panty waste news media, that wouldn’t know the truth if it hit them square in the face with a 2 x 4.

And before some of you start screaming, “What about “Faux News?” They are one of the networks calling for Julian Assange’s head. I do not grace it’s network, nor any of its phony celebrities. Glen Beck has done much to enlighten his fans, but he too is to be considered suspect. He still likes to glorify those beloved Republicrats, that have more akin to Benedict Arnold than to true patriotic conservatives. It only took about 6 weeks for “Dumb Dumb” Boehner, and the rest of his ilk, to forget that they stood in front of the American people and read their “Pledge to America.”  I ask you, “When do you put your head back on facing forward?  How much longer are you going to let yourself be reeled in by these phony storm troopers for Socialism, that actually call themselves Republicans, instead of what they really are, “Closet Socialist and Fascists”. Our time is rapidly running out, and it is now YOUR TIME to step forward and be a PART of theSOLUTION, instead of part of the problem.

Anyway I do want to say that I love this country, but I really hate what it has become, and where it is headed. There is a Christian group that came out with a song called “We want America back”. It is a great song and states it quite clearly that this nation is on a “Run-a-way train headed down the wrong track. How fitting is that?

"I predict future happiness for Americans if they can prevent the government from wasting the labors of the people under the pretense of taking care of them."
Thomas Jefferson