Beck said in a statement to The Conservatorian Review that he sees that there is another alternative to the two ‘major party’ candidates, “I cannot vote for Donald Trump. He is so unstable and he is so dangerous.”

“But I cannot vote for Hillary Clinton. I can’t do it. She’s just a horse of a different color. They’re both bad. Under Hillary Clinton, the nation would be run by oligarchs,” Beck said.

“I’m going to vote for Darrell Castle, the Constitution Party candidate. He has my endorsement,” Beck said.

In a statement for the press, Constitution Party of Massachusetts spokesman Bob Picard says the issue is principle, “Darrell Castle is the better choice because he is with a party that believes in the principles of liberty and the Constitution rather than personalities.”

END_OF_DOCUMENT_TOKEN_TO_BE_REPLACED 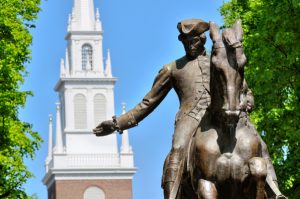 "Terrorism is the best political weapon for nothing drives people harder than a fear of sudden death."
Adolph Hitler