Ever since the horror of the Valentines Day massacre school shooting in florida, the national news media has been reported to be continually pushing the ideology of gun control.

There is a whole OTHER story that is barely getting any recognition. A story that is so ridiculously unbelievable, that it’s something to come out of a fantasy make believe drama, created for television and movie entertainment. …. Surly it cant be true … you must be saying to yourself. The REAL story of the Valentines Day school shooting massacre, is not what you are seeing in most of the media stories “out there”. It is in fact something so horrible to acknowlege, that if it were to actually get “traction”; it would become so explosive, that it could launch a new civil war of violent unrest across the country .

what happened, isn’t about the 4 police officers actually being right there when the shooting occurred, and seemingly did nothing … while they waited … outside for backup. it isn’t about the F.B.I., who knew of the criminally ill Nikolas Cruz, his documented propensity of violence, and purportedly did mostly nothing to stop it. it goes FAR BEYOND this, into the most important area of all. An area that we; of the Constitution Party could simply, and aptly name … “The Corruption Of Immorality In Politics“

As somewhat indicated by Onan Coca from https://constitution.com/school-shooting-plot-exposed-wont-believe-set/, (which he manages) & the sources that he himself cited; [The Last Refuge who write at the Conservative Treehouse]: This is not about the lack of management within individual agencies, but a systemic problem that has invaded the very relationship of what government is meant to be for the people it [supposedly] represents. The government at all levels from local to federal, have failed to serve and protect the interests of the people that it directly represents, and it is directly related to an attitude of immense immorality, and a dramatic decline in respect for the biblically based Constitutional Law that our nation [The United States Of America] was founded upon. 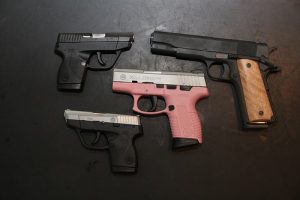 The incredible, blatant disregard for serving the community’s needs, with common sense towards the safety, & security of those children, is the direct result of abandonment to the Moral Constitutional Authority that was put in place by our nations “founding fathers”. It was president John Adams, who said this most incredibly poignant statement: “Our Constitution was made only for a moral and religious people. It is wholly inadequate to the government of any other.” …. Governor of Virginia, and Ratifier of the U.S. Constitution; Patrick Henry said these: “Righteousness alone can exalt [America] as a nation… whoever thou art, remember this, and in thy sphere practicevirtue thyself, and encourage it in others.” …. “The great Pillars of government and of social life [are] virtue, morality and religion. This is the armour, my friend, and this alone, that renders us invincible.” And then, here is from the Congress, U.S. House Judiciary Committee, 1854: “had the people, during the revolution,had a suspicion of any attempt to war against Christianity,that Revolution would have been strangled in its cradle… In this age, there can be no substitute for Christianity… That was the religion of the founders of the republic and they expected it to remain the religion of their decendants.”

We, of whom are those that maintain a desire to keep Constitutional Governance alive and functioning, all too often; find ourselves at odds with what “our” government is doing, with their constant barrage of two faced partisan politics. Isn’t it exhausting at times? aren’t you sick and tired of it all, and wish that there was an alternative to all of the immoral corruption in government? … Now enters: the Constitution Party. A nationwide “collective” of people just like you, who have a desire to bring back true constitutional governance to our country, but previously lacked the fellowship of connections, & resources that a National Political Party can provide you with, to make True Success Happen. we have a proper and healthy respect for “God and Country” as it was intended to be. It is time for us to make our move, to stand up and be counted. all over the nation; patriotic groups are rising, but they lack the political cohesion that will make the difference. We; the Constitution Party, ARE that “political cohesion“, and we will be working with all those constitutionally conservative groups, to indeed create one heck of a political force to be reckoned with. One that will bring the fight directly to the corrupt government officials, that so often take away our rights, leaving us helplessly wondering what to do!

it’s time to join us in the fight for what is right, true, and just. It’s time to fulfill your patriotic beliefs, and join our nationwide effort to finally: …. bring back CONSTITUTIONAL GOVERNANCE !

"Guard with jealous attention the public liberty, suspect anyone who approaches that jewel"
Patrick Henry